Can NMN rewind the clock on aging?

There are currently several human clinical trials underway that are going to help answer this very question. Dr. Sinclair has been leading the charge in this field for years. Recent NMN trials in mice are very promising and show that more study is warranted. Watch the video below to hear what Dr. Sinclair has to say about where we are today.

WHAT IS NICOTINAMIDE MONONUCLEOTIDE?

NMN is an entirely natural compound found in our bodies. It is also present in various food sources such as edamame, broccoli, cabbage, cucumber, avocados, and tomatoes. NMN is a direct and potent NAD+ precursor supplement. 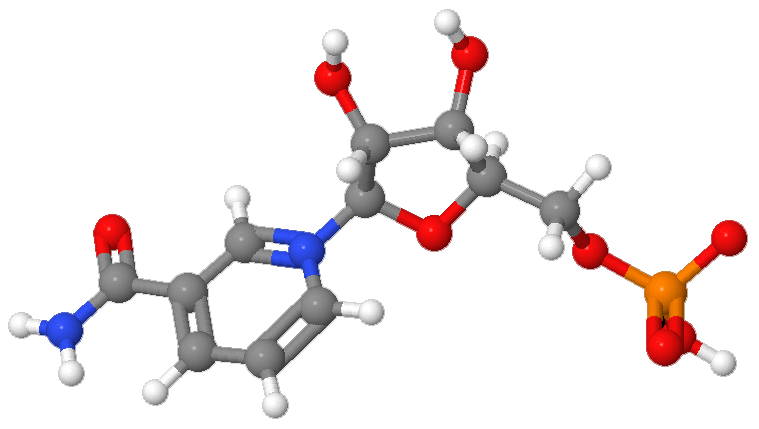 Before we answer the question of what NAD+ is, perhaps we should start by exploring what this whole NAD fuss is all about. Scientists have discovered that as we get older, our NAD+ levels steadily decrease. By the time we get to our late 70s and 80s, our NAD+ levels appear to be very much lower, than those of younger people.

NAD is a coenzyme found in all living cells. The compound is a dinucleotide because it consists of two nucleotides joined through their phosphate groups. One nucleotide contains an adenine base and the other nicotinamide. Nicotinamide adenine dinucleotide exists in two forms: an oxidized and reduced form abbreviated as NAD+ and NADH respectively.

In metabolism, nicotinamide adenine dinucleotide is involved in redox reactions, carrying electrons from one reaction to another. The coenzyme is, therefore, found in two forms in cells: NAD+ is an oxidizing agent – it accepts electrons from other molecules and becomes reduced. This reaction forms NADH, which can then be used as a reducing agent to donate electrons. These electron transfer reactions are the primary function of NAD. However, it is also used in other cellular processes, most notably a substrate of enzymes that add or remove chemical groups from proteins, in posttranslational modifications. Because of the importance of these functions, the enzymes involved in NAD metabolism are targets for drug discovery.

In organisms, NAD can be synthesized from simple building-blocks (de novo) from the amino acids tryptophan or aspartic acid. In an alternative fashion, more complex components of the coenzymes are taken up from food as niacin. Similar compounds are released by reactions that break down the structure of NAD. These preformed components then pass through a salvage pathway that recycles them back into the active form. Some NAD is converted into nicotinamide adenine dinucleotide phosphate (NADP); the chemistry of this related coenzyme is similar to that of NAD, but it has different roles in metabolism.

Although NAD+ is written with a superscript plus sign because of the formal charge on a particular nitrogen atom, at physiological pH, for the most part, it is a singly charged anion (charge of minus 1), while NADH is a doubly charged anion.

The study showed that oral administration of NMN was quick to action, effectively raising NAD+ levels in minutes. NMN showed a sharp increase in the blood measurement after only 2.5 minutes. It increased NAD+ levels in the liver in just 10 minutes and muscle tissue by 30 minutes.

SO WHAT DOES THIS ALL MEAN? iS THERE A LINK?

Well, the science is starting to clearly show a definite correlation between falling NAD levels and an age-related decline in health & wellness. In 2013 Harvard researchers published a study, where they were able to reverse some parts of aging by treating old mice with an NAD+ precursor. After treating the mice for ten days, key biometrics markers that were measured resembled those of much younger mice. For the first time, we have real evidence that some aspects of aging may be reversible. In 2017 the same research team published a follow-up article. It demonstrated a new understanding of how NAD+ is not only used to repair damaged DNA but how it also stimulates the repair process. It does this by blocking another protein called DBC1 that interferes with the PARP-1 DNA Repair enzyme. This is a crucial finding because an accumulation of DNA damage has long been understood as a part of the aging process.

NAD (Nicotinamide Adenine Dinucleotide) is a molecule found in all living cells and is essential for life. It exists in two forms, NAD+ the oxidized form and NADH the reduced form. NAD is responsible for many critical cell functions, such as energy metabolism, mitochondrial function, calcium hemostasis and gene expression.

Researchers have found a way to protect a mouse’s DNA from the damage that comes with aging, and they’re ready to test it in people.

Dr. David Sinclair, from Harvard Medical School, and his colleagues reveal their new findings in the latest issue of Science. They focused on an intriguing compound with anti-aging properties called NAD+, short for nicotinamide adenine dinucleotide. It’s been known that younger mice had more of it than older mice and back in 2013, the researchers found that when they boosted the NAD+ levels in older mice, they looked, biologically, Click here to continue reading.....

WHAT IS THE MITOCHONDRIA?

The Mitochondrion (plural mitochondria) is regularly called the powerhouse of the cell. This is because most of the chemical energy needed to sustain life is produced inside the mitochondria by a process called oxidative phosphorylation that produces ATP. The mitochondria are NAD-dependent for functional mechanics and coordination with the cell Nucleus. To help understand how the mitochondria help in energy production, watch the video below. 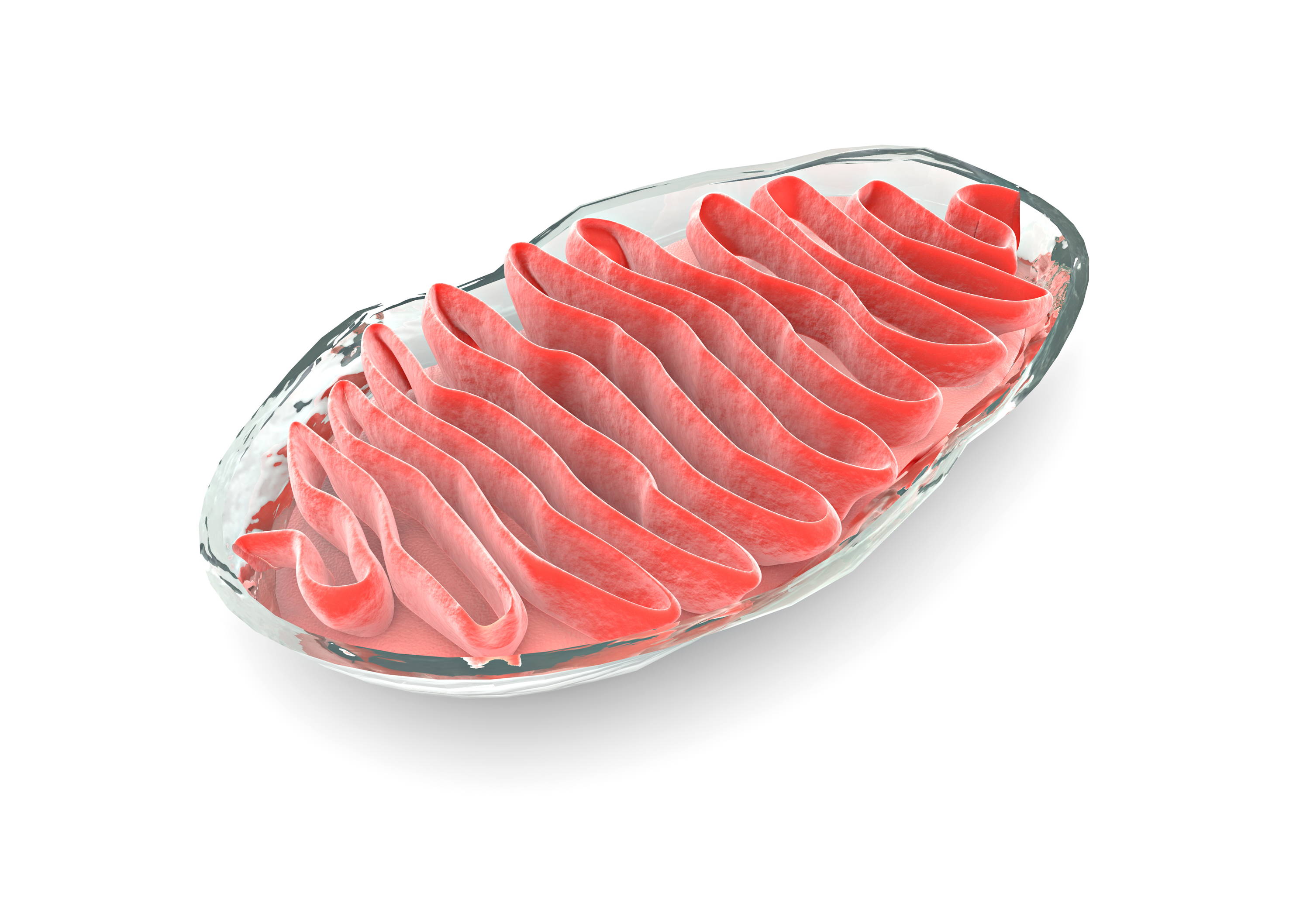 The mitochondrion (plural mitochondria) is a double-membrane-bound organelle found in most eukaryotic organisms. Some cells in some multicellular organisms may, however, lack them (for example, mature mammalian red blood cells). A number of unicellular organisms, such as microsporidia, parabasalids, and diplomonads, have also reduced or transformed their mitochondria into other structures. To date, only one eukaryote, Monocercomonoides, is known to have completely lost its mitochondria. The word mitochondrion comes from the Greek μίτος, mitos, "thread", and χονδρίον, chondrion, "granule" or "grain-like". Mitochondria generate most of the cell's supply of adenosine triphosphate (ATP), used as a source of chemical energy.

Mitochondria are commonly between 0.75 and 3 μm in diameter but vary considerably in size and structure. Unless specifically stained, they are not visible. In addition to supplying cellular energy, mitochondria are involved in other tasks, such as signaling, cellular differentiation, and cell death, as well as maintaining control of the cell cycle and cell growth. Mitochondrial biogenesis is in turn temporally coordinated with these cellular processes. Mitochondria have been implicated in several human diseases, including mitochondrial disorders, cardiac dysfunction, heart failure and autism.

The number of mitochondria in a cell can vary widely by organism, tissue, and cell type. For instance, red blood cells have no mitochondria, whereas liver cells can have more than 2000. The organelle is composed of compartments that carry out specialized functions. These compartments or regions include the outer membrane, the intermembrane space, the inner membrane, and the cristae and matrix.

Although most of a cell's DNA is contained in the cell nucleus, the mitochondrion has its own independent genome that shows substantial similarity to bacterial genomes. Mitochondrial proteins (proteins transcribed from mitochondrial DNA) vary depending on the tissue and the species. In humans, 615 distinct types of protein have been identified from cardiac mitochondria, whereas in rats, 940 proteins have been reported. The mitochondrial proteome is thought to be dynamically regulated.

WHAT ARE THE EFFECT ON HEALTH?

THE EDGE OF MEDICINE AND AGEING - DAVID SINCLAIR 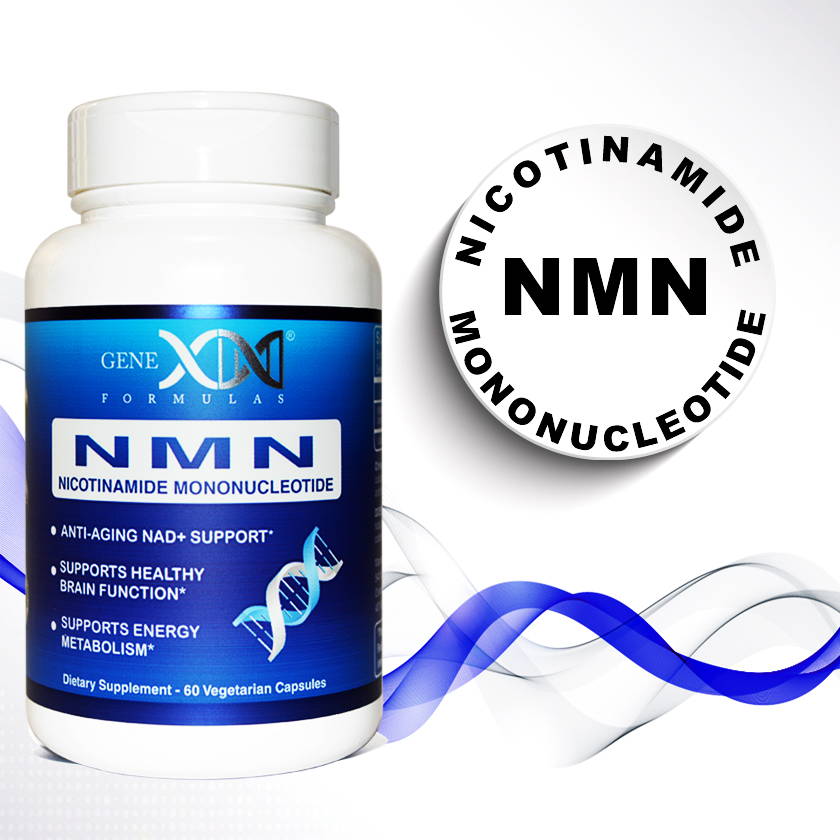 7. Aspects of Tryptophan and Nicotinamide Adenine Dinucleotide in Immunity: A New Twist in an Old Tale. (Rodriguez)

9. NAMPT-mediated NAD biosynthesis as the internal timing mechanism: In NAD+ World, time is running in its own way (Poljsak)

11. Beta-adrenergic receptors are critical for weight loss but not for other metabolic adaptations in male mice

18. The impact of the Standard American Diet in rats: Effects on behavior, physiology and recovery from inflammatory injury (Totsch)

22. NAD+ Intermediates: The Biology and Therapeutic Potential of NMN and NR (Yoshino)

24.Why are depressed patients inflamed? (Pariante)

26.NAMPT-Mediated NAD Biosynthesis as the Internal Timing Mechanism:In NAD+ World, Time Is Running in Its Own Way (Poljsak)

5.ß-Nicotinamide Nicotinamide riboside is uniquely and orally bioavailable in mice and humans (Trammell)

6.Mononucleotide, an Anti-Aging Candidate Compound, Is Retained in the Body for Longer than Nicotinamide in Rats (Kawamura)

7. The first human clinical study for NMN has started in Japan (Tsubota)

9. Head to Head Comparison of Short-Term Treatment with the NAD(+) Precursor Nicotinamide Mononucleotide (NMN) and 6 Weeks of Exercise (Uddin)

22. Nicotinamide riboside is uniquely and orally bioavailable in mice and humans(Trammell a)

23. Nicotinamide riboside opposes type 2 diabetes and neuropathy in mice(Trammell b)

28. Loss of NAD Homeostasis Leads to Progressive and Reversible Degeneration of Skeletal Muscle(Fredrick)

1.Effective treatment of mitochondrial myopathy by nicotinamide riboside, a vitamin B3 (Khan)

3.NAD+ metabolism and the control of energy homeostasis – a balancing act between mitochondria and the nucleus (Canto)

6. Interventions to Slow Aging in Humans: Are We Ready? (longo)

14.1.NAD+ metabolism and the control of energy homeostasis – a balancing act between mitochondria and the nucleus (Canto)

1.Nicotinamide mononucleotide, an intermediate of NAD+ synthesis, protects the heart from ischemia and repercussion (Yamamoto)

2.NAD+ and sirtuins in aging and disease (Imai)

3.Effective treatment of mitochondrial myopathy by nicotinamide riboside, a vitamin B3 (Khan)

5. Effective treatment of mitochondrial myopathy by nicotinamide riboside, a vitamin B3 (Khan)

6. The effect of different exercise regimens on mitochondrial biogenesis and performance (Philander)

2. Anti-diabetic and anti-lipidemic effects of chlorogenic acid are mediated by ampk activation (Ong)

2. The dynamic regulation of NAD metabolism in mitochondria (Stein)

5. The Ketogenic Diet as a Treatment Paradigm for Diverse Neurological Disorders (Stafstrom)

1.A possibility of nutriceuticals as an anti-aging intervention: activation of sirtuins by promoting mammalian NAD biosynthesis (Imai)

3. Interdependence of AMPK and SIRT1 for metabolic adaptation to fasting and exercise in skeletal muscle (Canto)

1.Detection and pharmacological modulation of nicotinamide mononucleotide (NMN) in vitro and in vivo (Formentini)

3. Neuroendocrine Factors in the Regulation of Inflammation: Excessive Adiposity and Calorie Restriction (Fontana)

4. The neuroprotective properties of calorie restriction, the ketogenic diet, and ketone bodies. (Maalouf)

2.Methylation Status of a Single CpG Site in the IL6 Promoter Is Related to IL6 Messenger RNA Levels and Rheumatoid Arthritis (Nile)

2.Baseline levels of C-reactive protein and prediction of death from cardiovascular disease (Goodson)

A randomized trial of a low-carbohydrate diet for obesity (Foster)

3.Plasma Concentration of Interleukin-6 and the Risk of Future Myocardial Infarction (Ridker)